It's that time of year again.... After 4th of July we usually start seeing clues about the nest GOTY.  Except this year, we got a huge clue --- her whole name!!!

Her real name will be Lea Clark, instead of the code name Gemma.  This is confirmed through a leak of part of her meet outfit. IF and ONLY IF you don't care about spoilers, the link to her leaked outfit is here.

The summer Olympics are taking place in Rio d Janeiro next year, so many are speculating she is from Brazilian background.

I have a different theory.  Because of her complexion (you can see the leaked mini doll here), she could have a mixed background.  The audition script mentioned Africa several times, and American Girl would miss out if they didn't do anything with African heritage for the character.  I wish they would just do an AA character altogether, but we ARE getting a new AA Beforever character next year.  Everyone who has wanted more AA diversity, 2016 is your year! 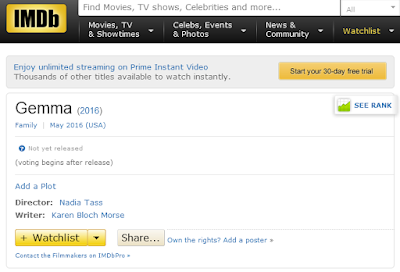 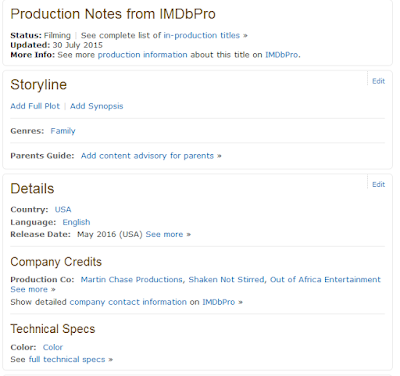 And so why am I thinking her story DOES take place some in Africa? Well, on imDb, the 2016 GOTY movie is listed under Gemma, Lea's code name. And one of the production companies is Out of Africa Entertainment, a company located in South Africa.  A lot of Europeans settled in South Africa, in addition to the African natives of South Africa.  This would explain my mixed background theory.  Her brother also apparently likes to explore, and Lea feels left out sometimes when he is busy with his girlfriend.

Sounds like an interesting plot! We'll be able to find out more information when the cast is confirmed.

Now back to the doll!

She has quite a bright patterned dress for her meet outfit.  Her palette seems to be lot of purples, yellows, greens, and tribal inspired patterns. So far only her mini doll, meet outfit, and possible jumper dress have leaked, so there is still a lot we don't know about her.

I think she will be a cross between Jess and Kanani.  In fact, her hair is shorter but the same color as Kanani's.

This is all speculation for now, and any leaked images are from Chinese ebay or Tabao sellers, so they may very well just be prototypes.  The colors and features of the doll could be tweaked by time she releases.  This has happened many times for Maryellen, Beforever outfits, and Truly Me outfits.