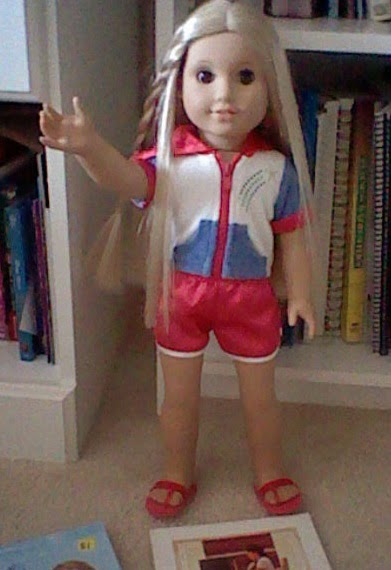 Hey guys, its Julie again!  Today the administer and I going to show you a bunch of great deals for dolls that I found!

First I'm going to show you the books I found at a book sale yesterday. 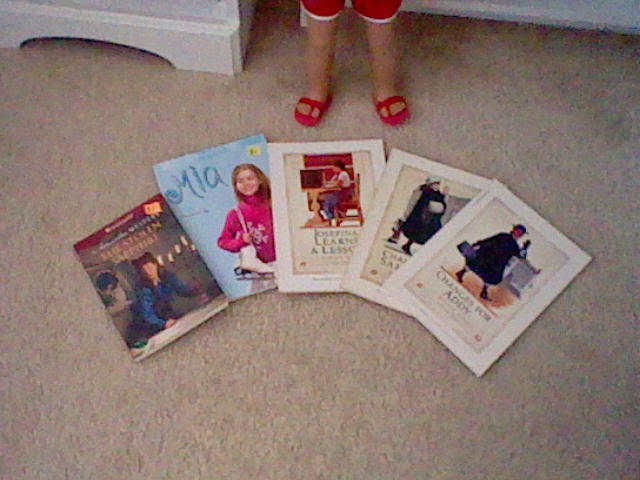 All the books were one dollar each. 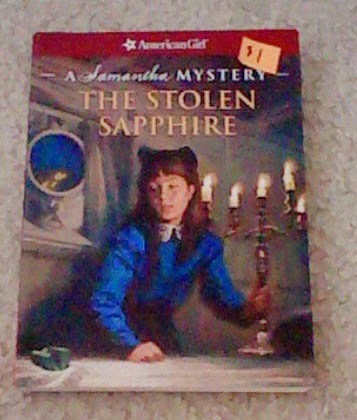 The first book I picked up was The Stolen Sapphire: A Samantha Mystery.  This mystery is one of my favorites, particularly because Sam's velvet dress was inspired from this book. 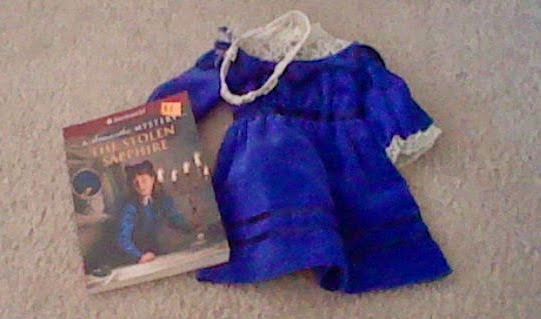 Seem familiar, hmmm? The blue velvet dress was the last outfit released for Samantha before she retired in 2008.  But never fear, Sam is coming back August 28th of this year!
I just realized that rhymed...

From the same seller, I bought Mia, the GOTY 2008.  Oh how I wish I had gone ahead and bought her, but I had to get lots of Samantha things to finish my collection instead.  Got to pick your favorites! 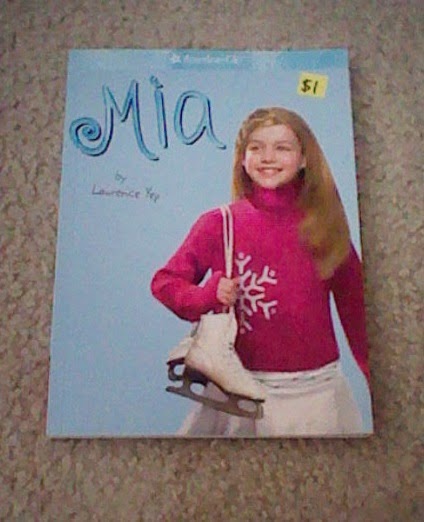 From one of my friends I bought these two books. 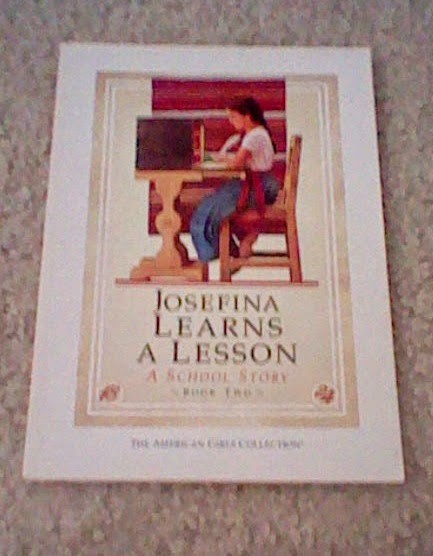 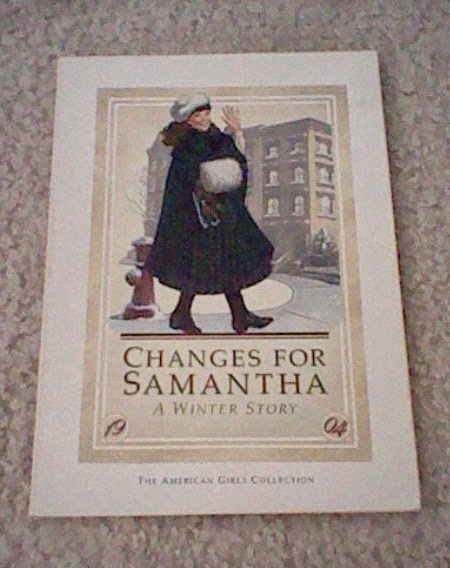 I was really excited about the Samantha book because the copyright is 1988, two years after Pleasant Company launched.  As many of you collectors know, only the first three books were released in 1986, so this is a first edition print! 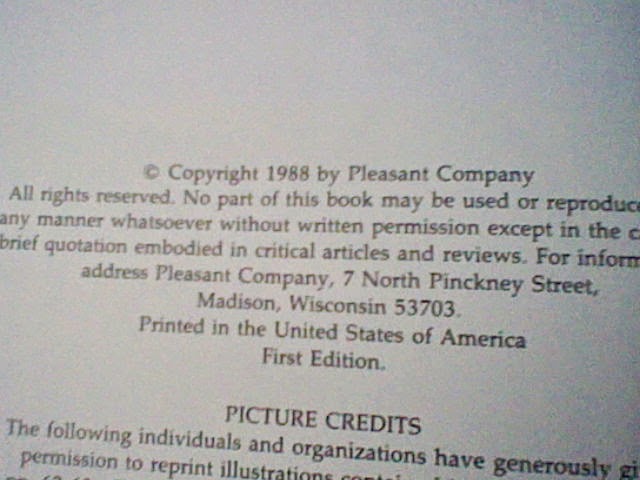 Look how old it is!  It only has three American Girls featured on the front page! 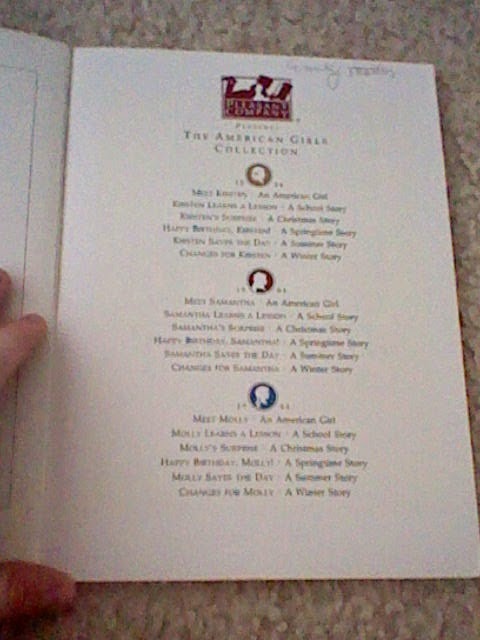 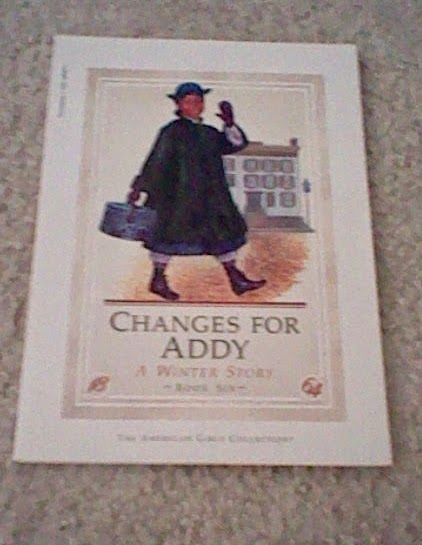 Lastly I got Changes for Addy during the half off sale.  This one is pretty old too, because it was printed in 1994.  I think Addy released in 1992, so again another first edition copy. 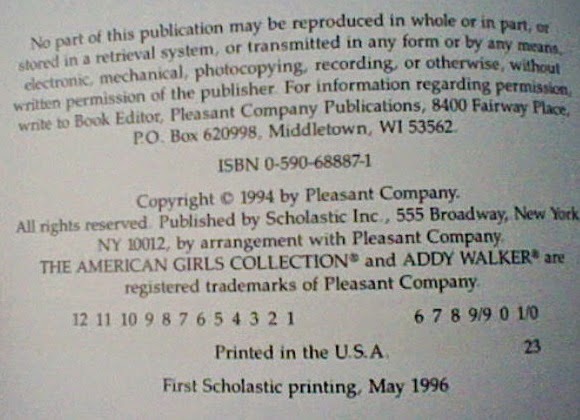 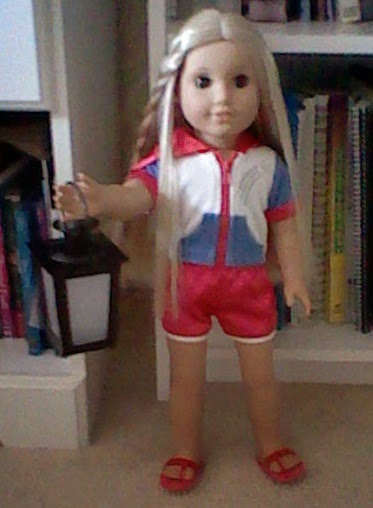 I found this adorable lantern at Dollar Tree that actually lights up!  I think Felicity will use it to check on Penny and Patriot during the evening. 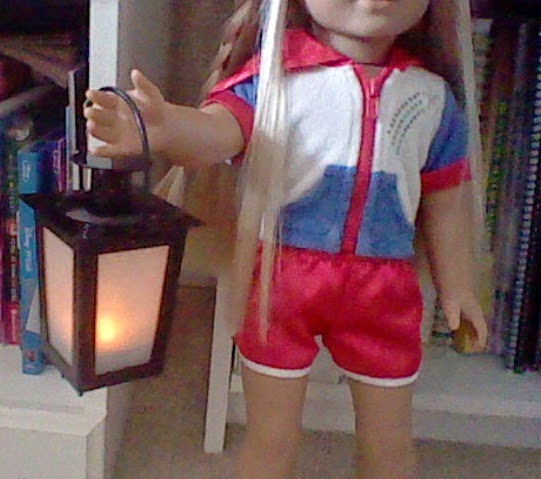 And of course I had to stop by McDonald's and get myself one of these adorable Isabelle mini dolls!  With tax she cost about $2. 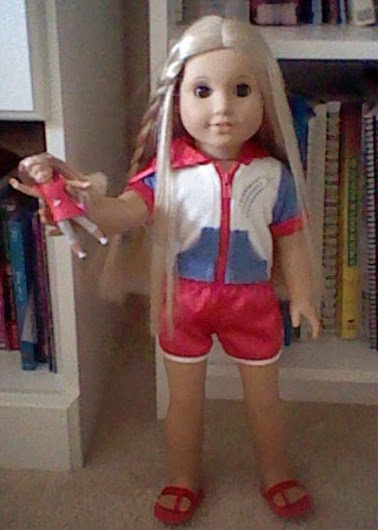 She fits just right in Julie's hand.  Coincidence?  I don't think so. 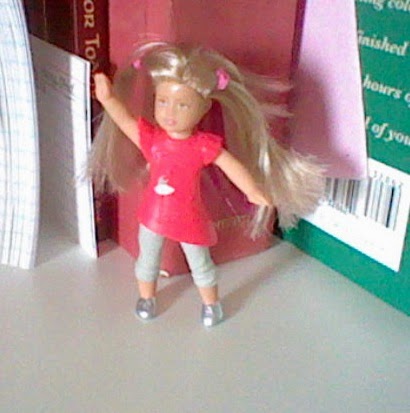 Well that's it for this Five and Dime deals post.  See you again soon!  And don't forget to head on over to Doll Diaries  for some awesome camp crafts and giveaways!