Cecile Rey is officially SOLD OUT!  We will greatly miss Cecile, and I wish I had been able to get her, but I will get her mini doll at least!
Let's take a look at all the memories we have of Cecile and her friend Marie-Grace. 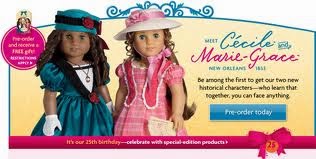 I remember the day when Cecile and Marie-Grace went up for pre-order.  I regret not buying one of them... 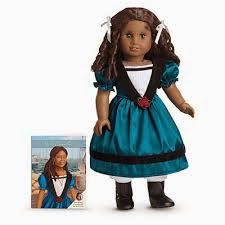 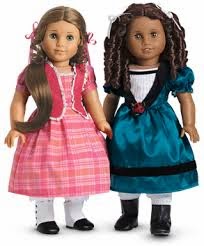 Here are some pictures from their release catalog, which also happened to be the 25th anniversary of AG. 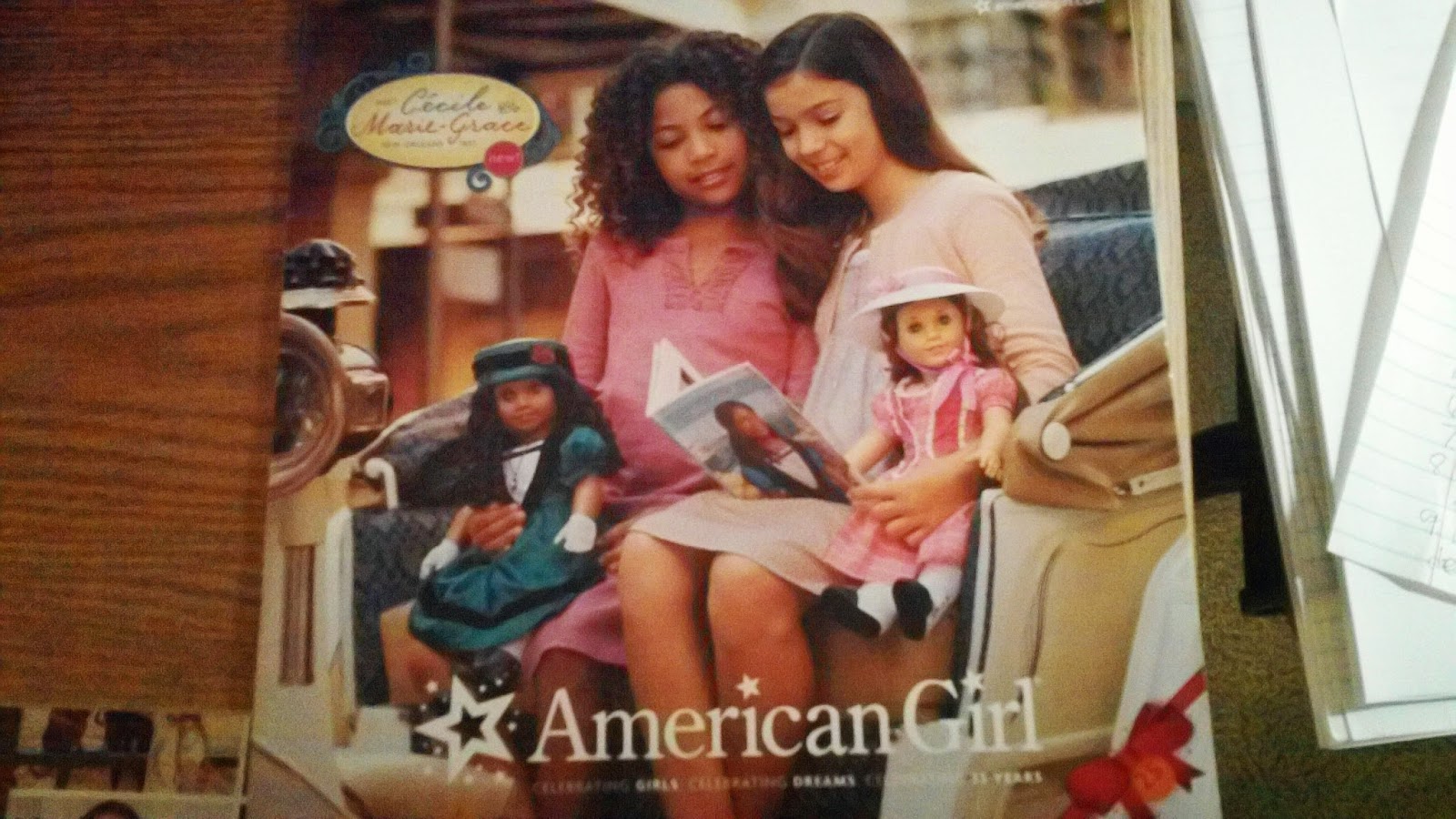 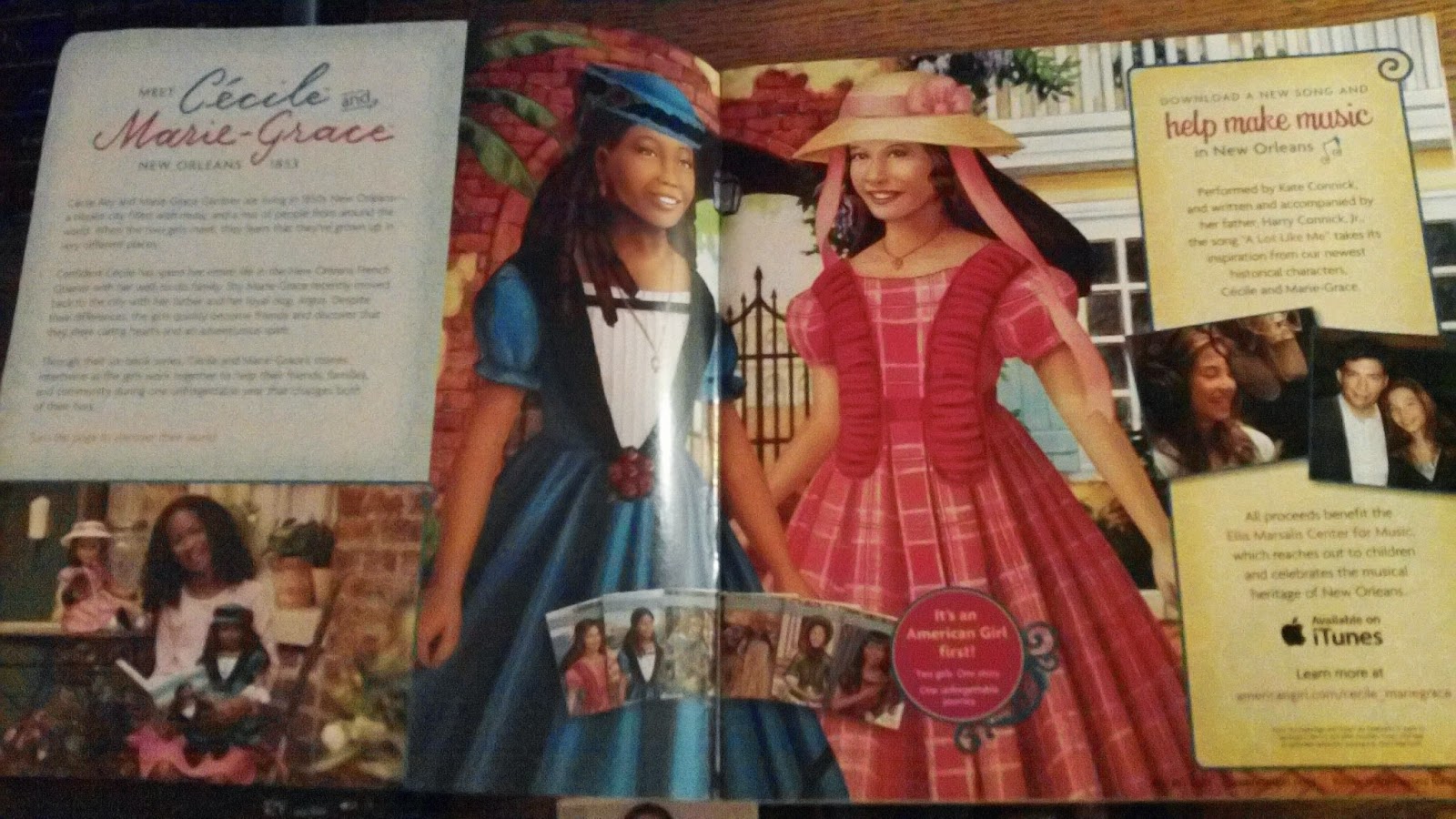 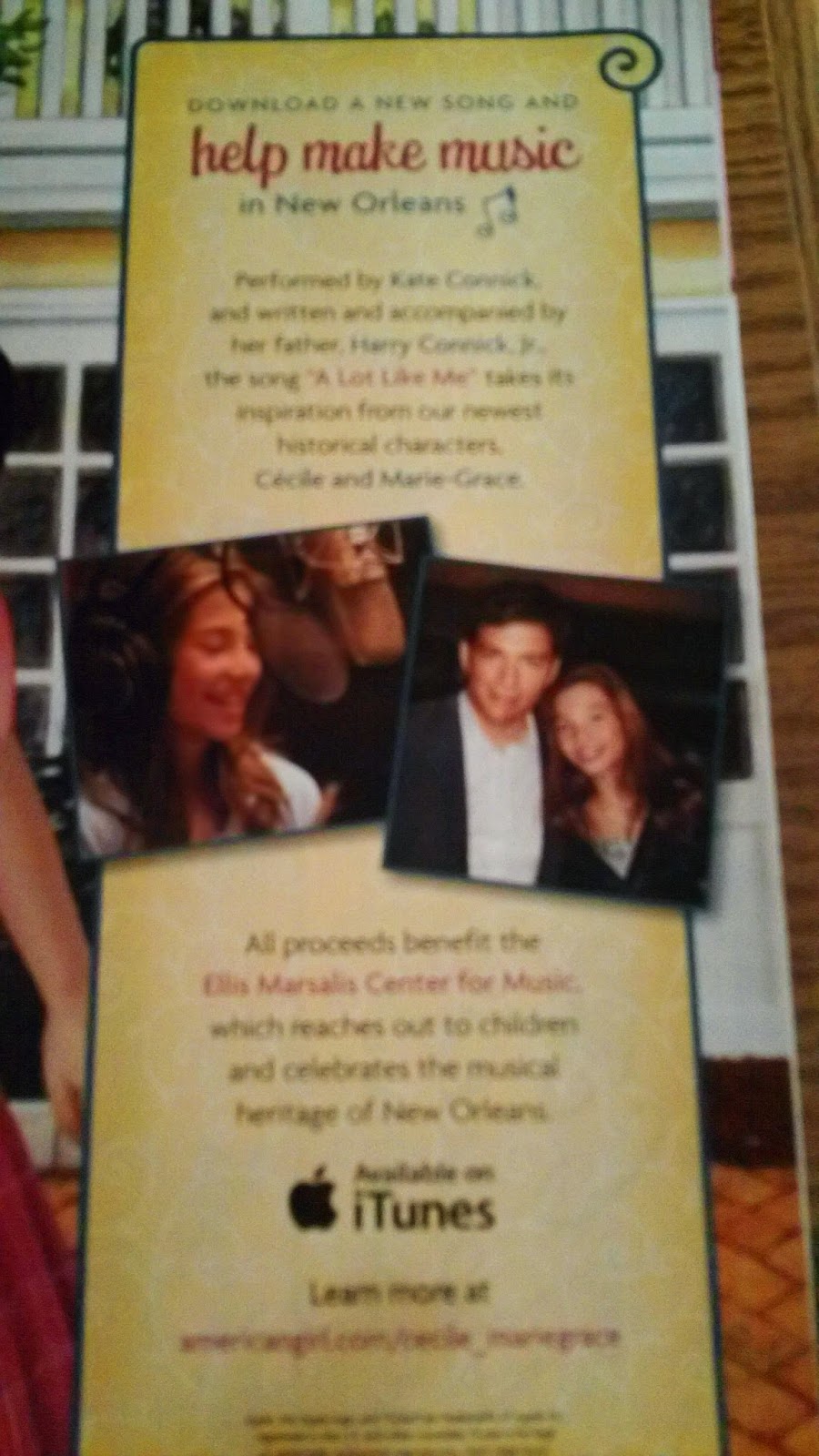 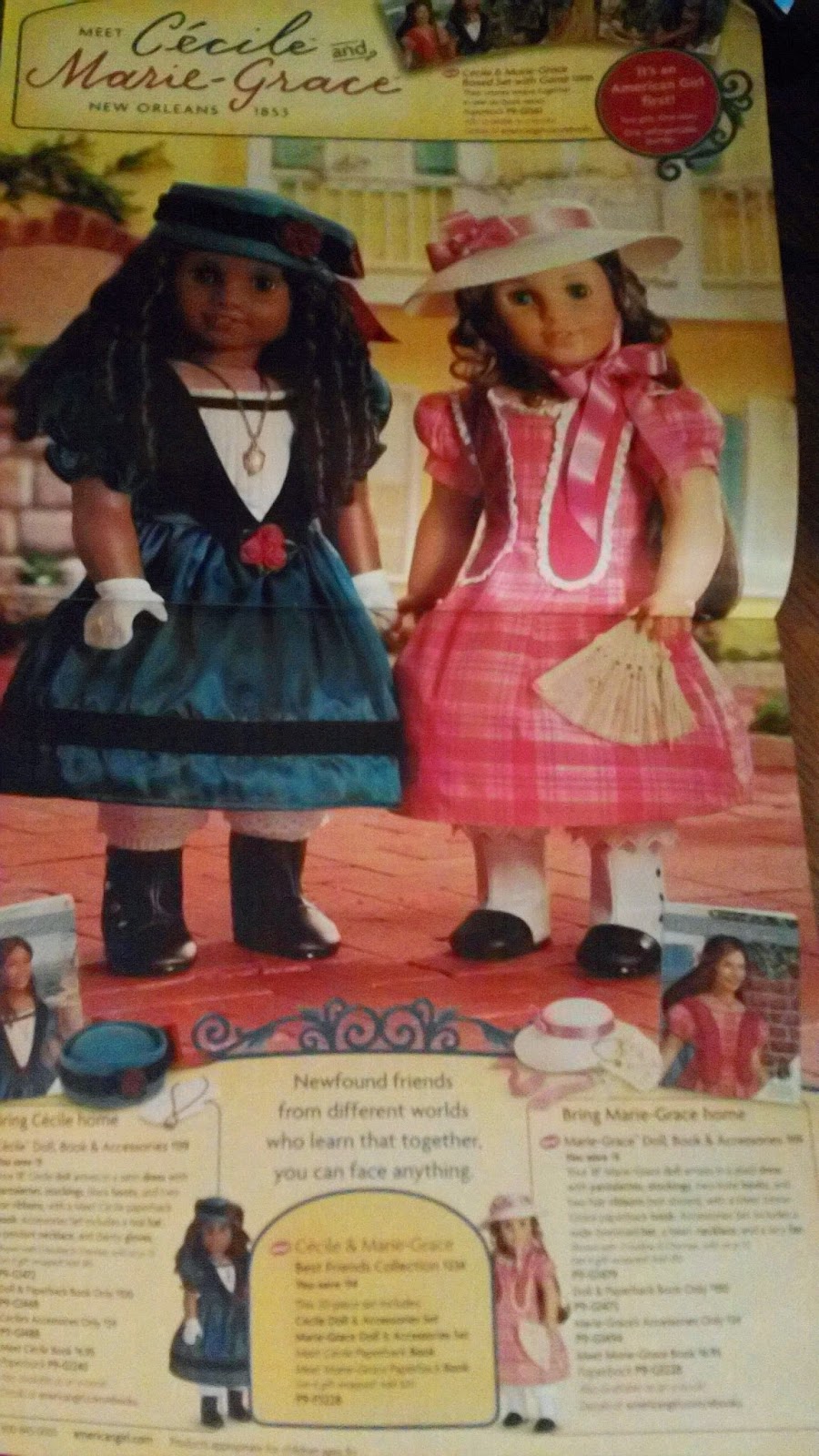 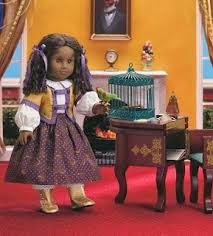 Their books were really unique because they took turns telling their stories.  It was the first time AG ever made best friend dolls who shared each other's stories. 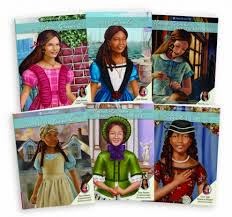 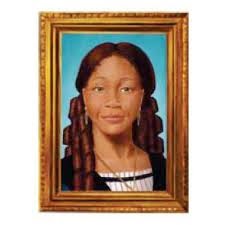 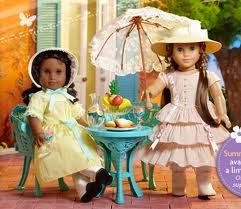 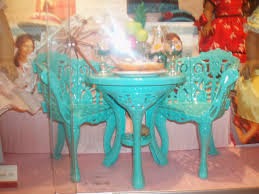 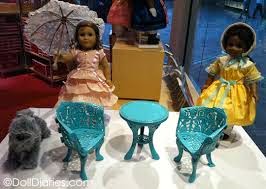 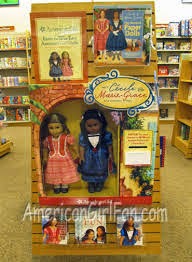 Remember the enter to win at Barnes and Noble's?  I hope they have an enter to win a Beforever character. It will probably be Samantha, but I'm crossing my fingers they have Rebecca or Addy. 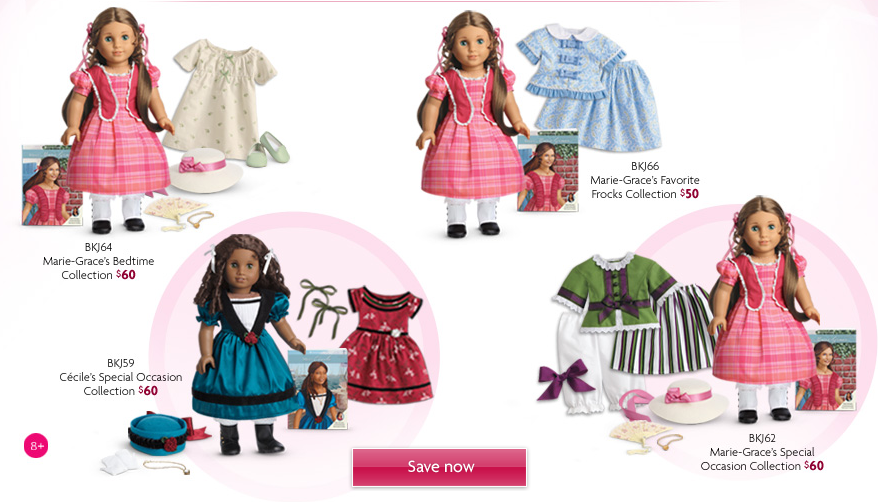 Unfortunately when the NOLA girls started to not sell well, they were offered for a cheap price on Jill's Steals and Deals and another discount website. 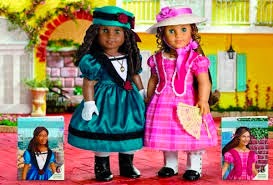 We will miss you so much Cecile!  Hurry and get Marie-Grace if you are interested before she sells out too!

Also, head on over to Doll Diaries and enter to win mini Cecile and Marie-Grace dolls and paper dolls!